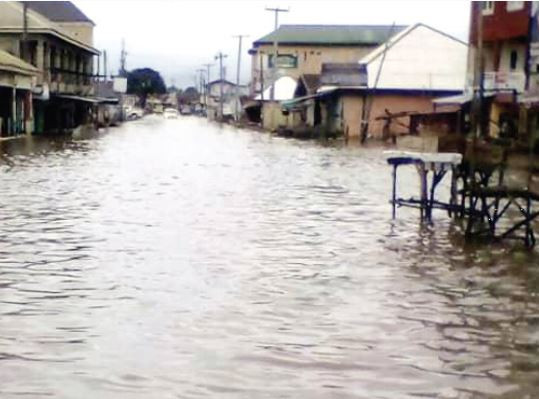 Three people including a pregnant woman, have been killed by flood that swept through some parts of Zinariya community in Jos, Plateau State.

According to reports, the flood, which resulted from days of downpour, also brought down nine houses.

“The incident resulted from narrow waterways; the victims were asleep when the rain started, but with the water soaking up the foundations of their buildings, the structures collapsed on them,” Sani Bello, a relation of the victims said.

He also said the water washed the bodies of the three deceased away.

“My pregnant elder sister, who was on a visit from Naraguta, a nearby community, was among the people washed away by the flood. We have found her body and buried it. There is also a lady with a broken leg who has been taken to the hospital.

Another victim, one Ibrahim, who is seven years old, also sustained injuries and has been taken to the hospital,” he said.