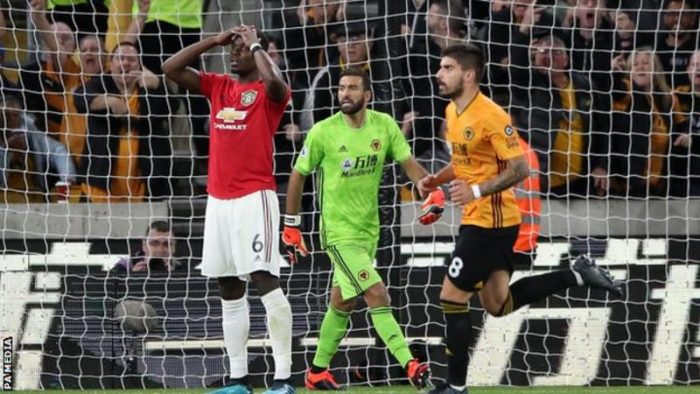 Paul Pogba had a second-half penalty saved as Manchester United were held to a Premier League draw at Wolves.

With the scoreline 1-1, the Frenchman won a spot-kick when he was fouled by Conor Coady but then saw his resulting effort brilliantly saved by Rui Patricio in the 68th minute.

United’s Anthony Martial swept in the opener in the 27th minute after good work from team-mate Marcus Rashford.

Ruben Neves equalised after the break with a stunning strike from 20 yards.

Watch the Highlight below:-