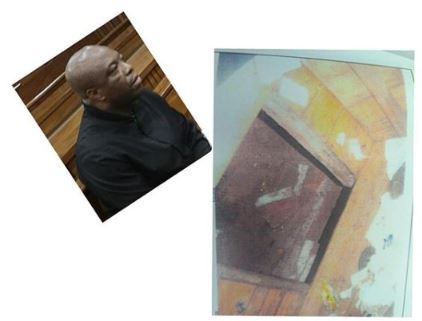 Ediozi Odi, a Nigerian human trafficking kingpin, has been sentenced to 129 years imprisonment in addition to 6 life sentences in Pretoria, South Africa.

Underage victims are from poor homes and were promised a better life, but had no idea that they were entering his brothel – a house disguised as a barbershop.

Once inside, the girls were immediately forced to smoke highly addictive drugs manufactured and sold by Odi. Once the victims were exposed to the drug, they were immediately hooked and would do anything to get their hands on it.

The girls, mostly aged 13 and 14, told the court that once high on the drugs, Odi himself raped them “to teach them the tools of the trade” as an initiation into the sex trade.

According to the report, the victims were locked up in the house for the duration of their stay, while Odi send his workers to prowl the streets for prospective clients. They were also locked up in a dungeon (pictured) under the floor of the house whenever the police raided.

The girls were paid for their prostitution by means of drugs and they hardly got any food. The brothel master took all their proceeds.