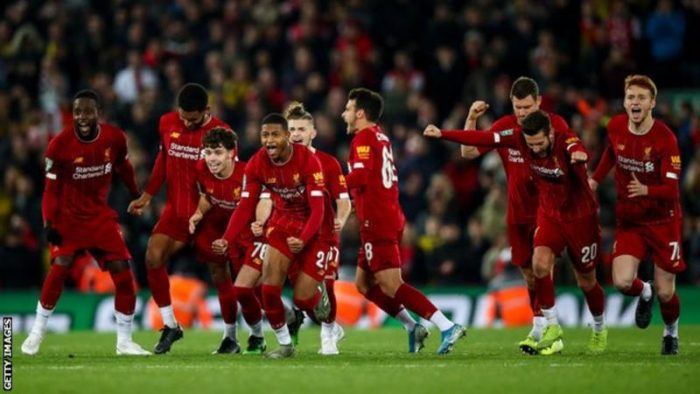 Liverpool’s dramatic penalty shootout victory over Arsenal sealed their place in the quarter-finals of the Carabao Cup after 10 goals were scored in a thrilling contest at Anfield.

Celebrations broke out in front of the Kop after Liverpool goalkeeper Caoimhin Kelleher, 20, saved Dani Ceballos’ penalty to seal a 5-4 shootout win.

Divock Origi’s 94th-minute scissor kick sent the game to penalties after Liverpool had twice come from behind to draw level.

Watch the Penalty Highlight below: