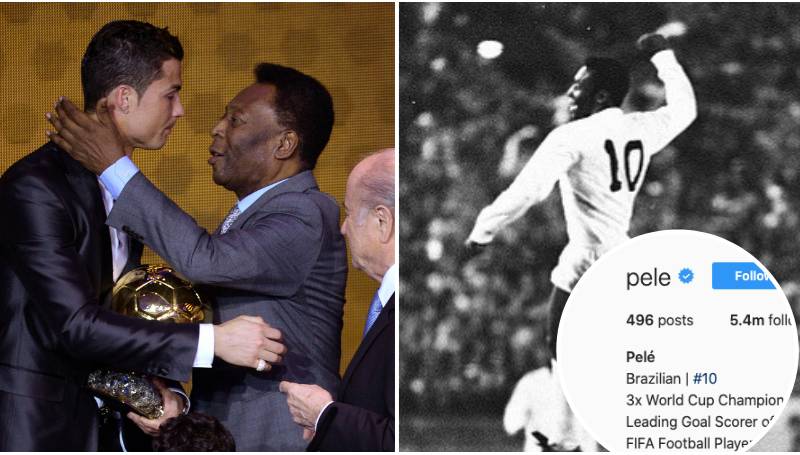 Pele has responded after many claimed he changed his Instagram bio following Cristiano Ronaldo surpassing him.

Ronaldo’s brace in a 4-1 win over Udinese at the weekend saw him reach 758 goals in his career – moving him one ahead of Pele in the all-time goalscoring rankings.

Eagle-eyed fans had spotted that Pele, who regularly gets jokes in relation to his goalscoring numbers, had apparently updated his Instagram to claim that he remains football’s record scorer with 1,283 goals in what was deemed to be a serious “s**thouse” tactic.

The bio text has always been the same since I joined the platform. None of this should distract us from your incredible achievements.”

According to the statistics, only Slavia Prague and Czech Republic legend Josef Bican has scored more goals than Ronaldo in history.

Pele recently congratulated Lionel Messi after he beat his record for the most goals for one club when he struck his 644th goal for Barcelona but the 80-year-old’s former club Santos released a statement stating that he had scored 1091 goals in their colours. and was therefore still the holder in their eyes.

The argument of some analysts is that so many of these 448 goals scored in friendly matches were faced with weak opponents, such as small or regional teams,” the statement read.

“Still, the matches were played in official uniforms, with the official rules of the game and with a score sheet.”