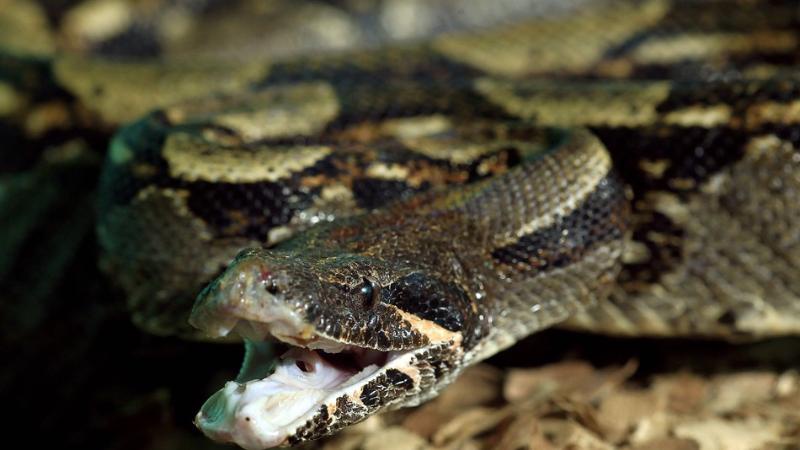 A researcher witnessed boas in Cuba hanging from the ceiling of a cave to snag flying bats out of the air. That’s terrifying enough.

But he also saw them form a wall of snakesso the bats couldn’t escape without getting within striking distance of a hanging boa.

So yeah, just a group of snakes hunting together in a pack, nothing scary about that. (The Cuban boa, by the way, averages anywhere from eight to nearly 10 feet long.)

The three snakes observed didn’t always hunt together, according to the study, published recently in Animal Behavior and Cognition. But when they did, they almost always caught a bat — unlike when they hunted alone, when they’d leave hungry two-thirds of the time. Teamwork, yay!

Only a “handful” of snakes have been observed hunting in groups in the past, Vladimir Dinets, a research assistant from the University of Tennessee, Knoxville, who authored the study, said in a statement. And they’ve never been seen coordinating their efforts, he said — which is hard to distinguish from snakes just happening to congregate in the same space while hungry.

The fact that they took each other’s positions into account, and that their formation led to dramatically better hunts, points to coordination.

While that sounds scary, there’s one thing worse than snakes working together to hunt bats …